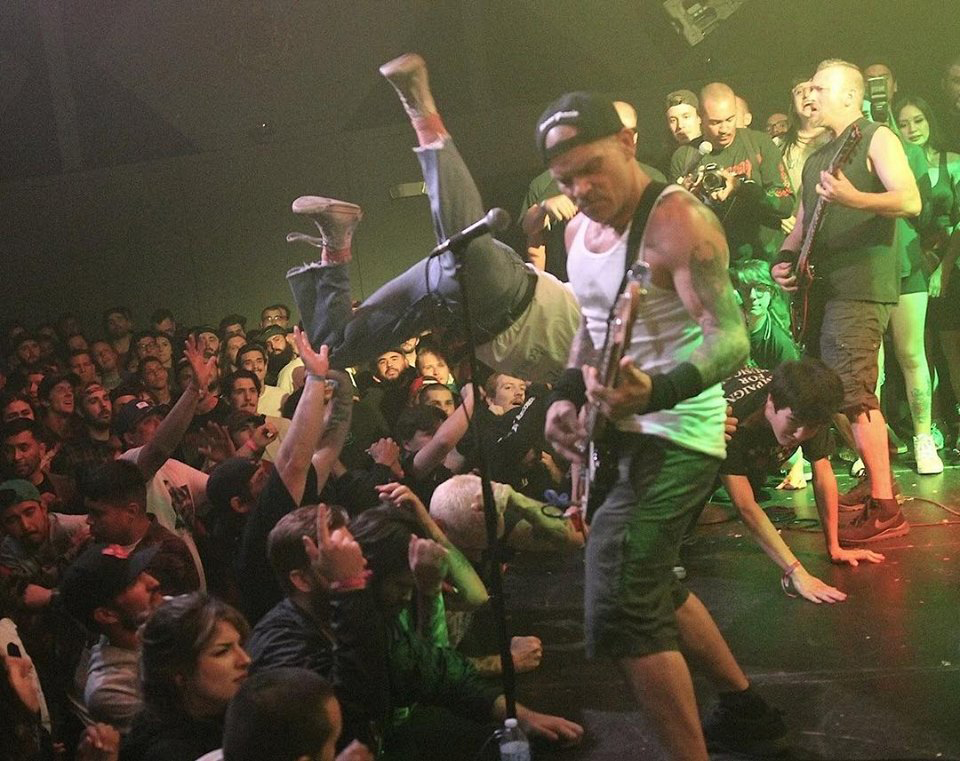 The Austin Brawl! A True Story! 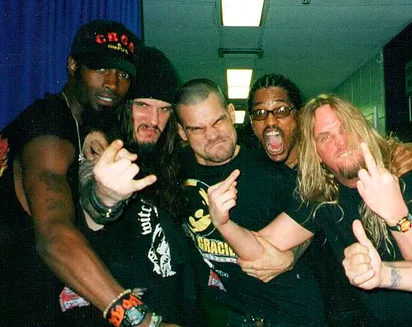 It was my first tour with the the Cro-Mags. It was a seven  week tour counter clockwise all over North America – including Canada. We arrived in Austin; I think we were out about a month or so, and we had two opening acts – one I can’t remember the name, but they were nice kids from Brooklyn. The singer in the band from Brooklyn broke his nose on the band’s first power chord. He jumped really high and slammed his knee into his nose. Awesome! Blood everywhere. I guess it was a prelude to what was about to come later that evening. The band I do remember was called All Out War, from Upstate NY. Matt Byrne – the drummer for Hatebreed – was the drummer in that band at the time. OK, so we rolled into Austin that afternoon, I forgot the name of the venue, but it was close to a major strip there. Pretty much it was a normal gig day – load in, sound check, dinner, then play. We played, it was a good show.

After the show, we all were hanging out in the parking lot. Both support acts were also there – we became a family on the road. Those kids loved the Cro-Mags and were so happy to be out on tour with us. Harley pretty much kept them in check – they respected but also feared Harley. So as we are hanging in the parking lot, also a bunch of fans were there – it was a nice after show tailgate party. We got some beer and Bob Marley spinach! The vibe was cool – we all were chilling. All of a sudden, we see a group of brothers coming our way – may I say one short brother and three big jolly black giant mofo’s! The little dude was the ring leader – he smelled the herb and said, “Yo! Who got the herb?” Rude little fucker, I must say. Pretty much we were all taken back, and no one said nothing at first, because these dudes with him were huge. So I thought since they were brothers and I was one, I said, “Sorry bro, but we don’t have anymore herb.” The little one looked at me and said, “Yeah, right brother,” and gave me a look like I was a sellout brother, hanging with all these white people. But like I said, we were family – no matter what color we were. So after he was not able to get any herb from us with these big brothers, he started looking for some shit to start. One Cro-Mags fan that came to the show with his girlfriend was talking with me and Harley and the kids from the other bands. The little bigmouth dude saw a confederate flag patch on his denim jacket. The little dude said, “What! You don’t like black people?! You racist whiteboy!” He said, “No, it’s just my heritage.” Then the guy’s girlfriend said, “Leave him alone, he is not bothering anybody!” The next thing you know, this guy hauls off and slaps the shit out of this girl! Naturally, her boyfriend came to her defense – so now they are wrestling on the ground.

Meanwhile, the three big dudes are just standing there and laughing. Harley and me run back into the club backstage area – they were still doing some construction, so there were a bunch of loose pipes and wooden planks hanging around. Harley grabs this long metal pipe – like he knew it was always there – and I grabbed a wooden plank, and we hauled ass back out to parking lot. We get back to the parking lot, and they are still wrestling. As I was running out of the back of the club, I saw a big nail sticking out of the wooden plank, so I dropped it while still running behind Harley. What I saw next was one of the most brutal pipe attacks I ever saw. I’m from the Bronx, and I’ve seen my share of beatdowns, OK! Yo, Harley ran up on this dude, and he did not see Harley coming. Harley – with both hands on the pipe, like an Olympic dude running to leap over the high bar – jammed the front of that pipe directly into this little punk’s mouth and teeth, and I mean hard! The big mouth goes down like a stack of cards. Everyone is shocked at the power of the blow Harley delivered!

Now remember, those three big brothers with that little punk are also shocked how Harley put this dude down, and rushed Harley, and started pounding him. Harley was holding his own with these dudes. I’m not one to stand around and watch my friends get the shit kicked out of them and do nothing, so I jumped in on one of these tanks, and so did Ali, my drum tech. One of the big dudes stomped Harley so hard on his back that he had an Adidas foot-print on his back for days – for real! So as Harley is dealing with one big dude and me with the other dude, the other big dude sneaks me and puts me down. At first, I said, “Wow, how did I get to the ground so fast? I don’t remember hitting the ground at all. I was feeling a bit disoriented, it was all slow mo after. I looked to my left and I see Ali on his knees, with blood spilling profusely out of his nose, and a big brother on top of me telling me, ‘You are going to die tonight, nigga!’ The next thing I know, somebody picks me up, brushes me off, and says to me, “Are you OK brother?” Hugs me, kisses my cheek, and apologizes to me. See, these three big dudes were correction officers, and did not want to get pinched on some bullshit herb shit. Harley stood his ground, gave some good licks, and took ‘em like a man. Ali’s bleeding like hell, blood all over the ground, club staff and police break up the fight. Oh! and did I say we were on tour with two other bands, fans, and other band members who I said were family? Well, the only two people who jumped in to help Harley was me and Ali. I got knocked the fuck out and Ali gets his nose busted, and Harley was now the new poster boy for Adidas! No one jumped in to help us! Granted it happened so fast, but this is how fast you have to react in situations like this.

Harley hurt that dude so bad with the pipe that word got back to his hood and quick. The cops came and the correction officers took care of the situation, the cops listened to them and said it was a misunderstanding. Meanwhile, on that big strip of road I mentioned earlier, there are about five to six more cars coming from his crew to get us now. After the talk with the cops was over. The cop in charge tells us, “If I was you, I would get the hell out of here now! I will give you guys ten minutes to haul ass.” And that’s what we did. Ali cleaned up his nose – he lost a lot of blood for sure. Me and the family got in our vans and hauled ass out of Austin. We drove straight for two hours before stopping, and the whole ride and the rest of the tour, Harley was cussing out both bands and band members who didn’t  jump in. All Out War was now reduced to All Out Wussies, and the other bands were called The Brooklyn Bums. The next day, my mouth was swollen. We stopped at Burger King, and I ordered a double whopper. Stupid idiot I was, I could not even open my mouth!” 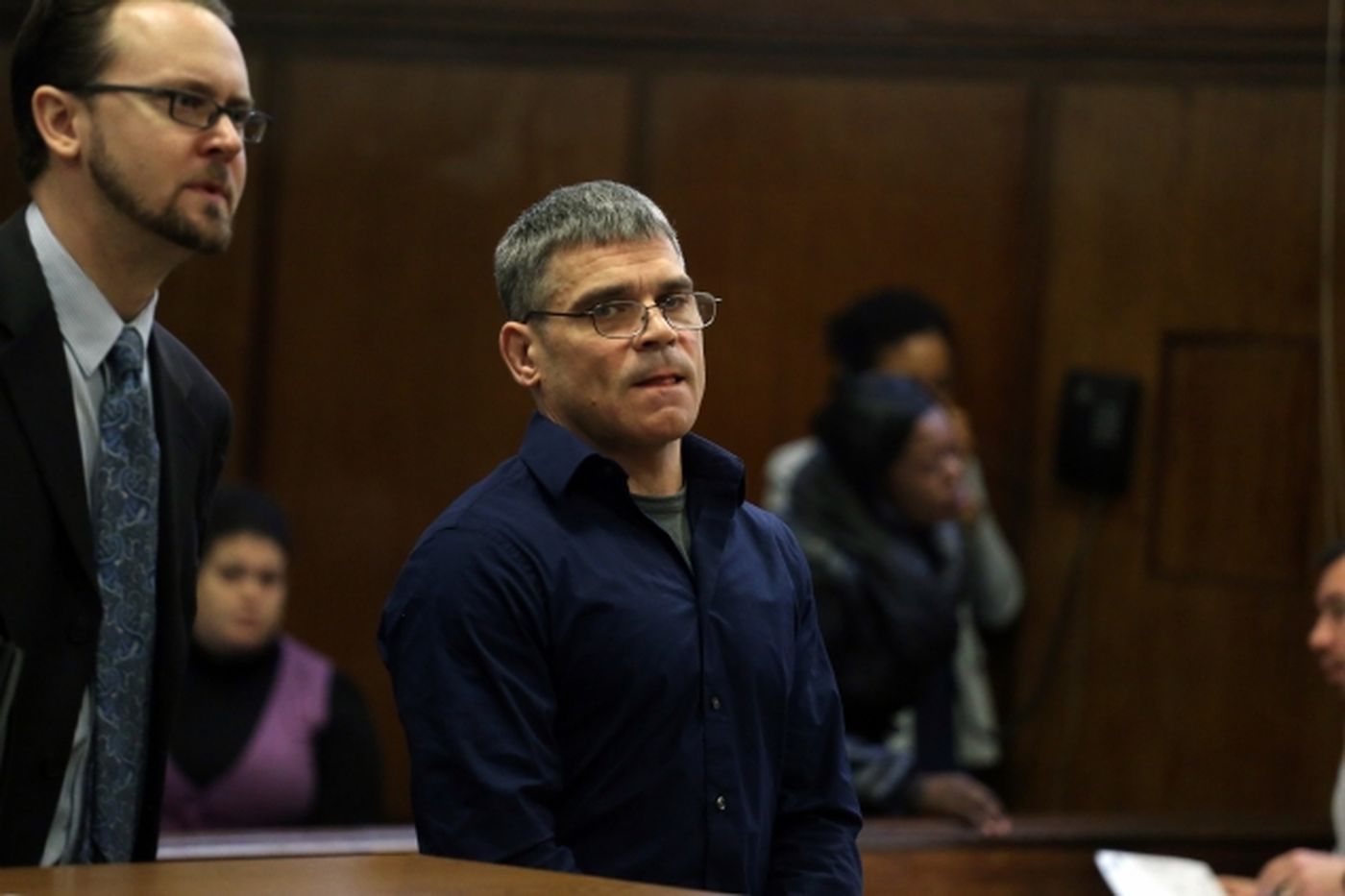